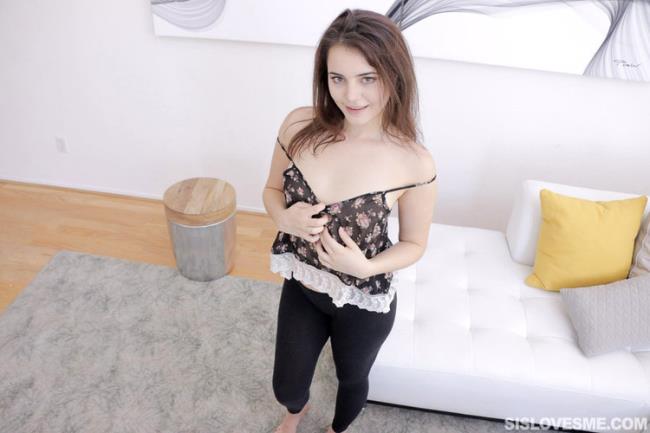 Description: Ike catches his lil sis Kylie going through his phone. When he asks why, she responds with she was confirming that his girlfriend was cheating on him. Kylie thinks that he should show her whose boss by fucking another girl. But who?? As Kylie begins to undress he realizes she wants it to be her. Kylie shows how nice of a sibling she is by sucking Ikes meaty cock dry. Later that day, Kylie barges in on Ike in the shower. He savors his privacy and tells her to get the fuck out. She refuses, and so does Ike. They make a compromise. Shes allowed to stay if she sucks him off one more time. Best deal Ike has made all day. The next day, Kyiie is bothering Ike about her date later. Shes not sure if she will be sexually experienced enough to please the guy, so maybe Ike